Call for drink companies to butt out 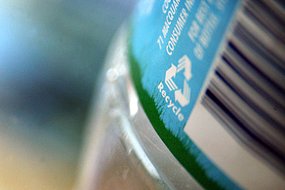 Environmental groups say lobbying by major beverage companies should not be allowed to get in the way of South Australia's container deposit system being adopted nationally.

Jeff Angel from the Total Environment Centre says Australia needs to take the major step for recycling at a meeting of Environment Ministers in Melbourne today.

"Beverage companies, which are stuck in the past and have never been fans of container deposits despite their enormous success, are lobbying quite furiously to try and stop that resolution getting up and of course we're lobbying in opposite," he said.

"The recycling rate of beverage containers is much much higher than in the rest of Australia where you only have curbside," he said.

[an error occurred while processing this directive]